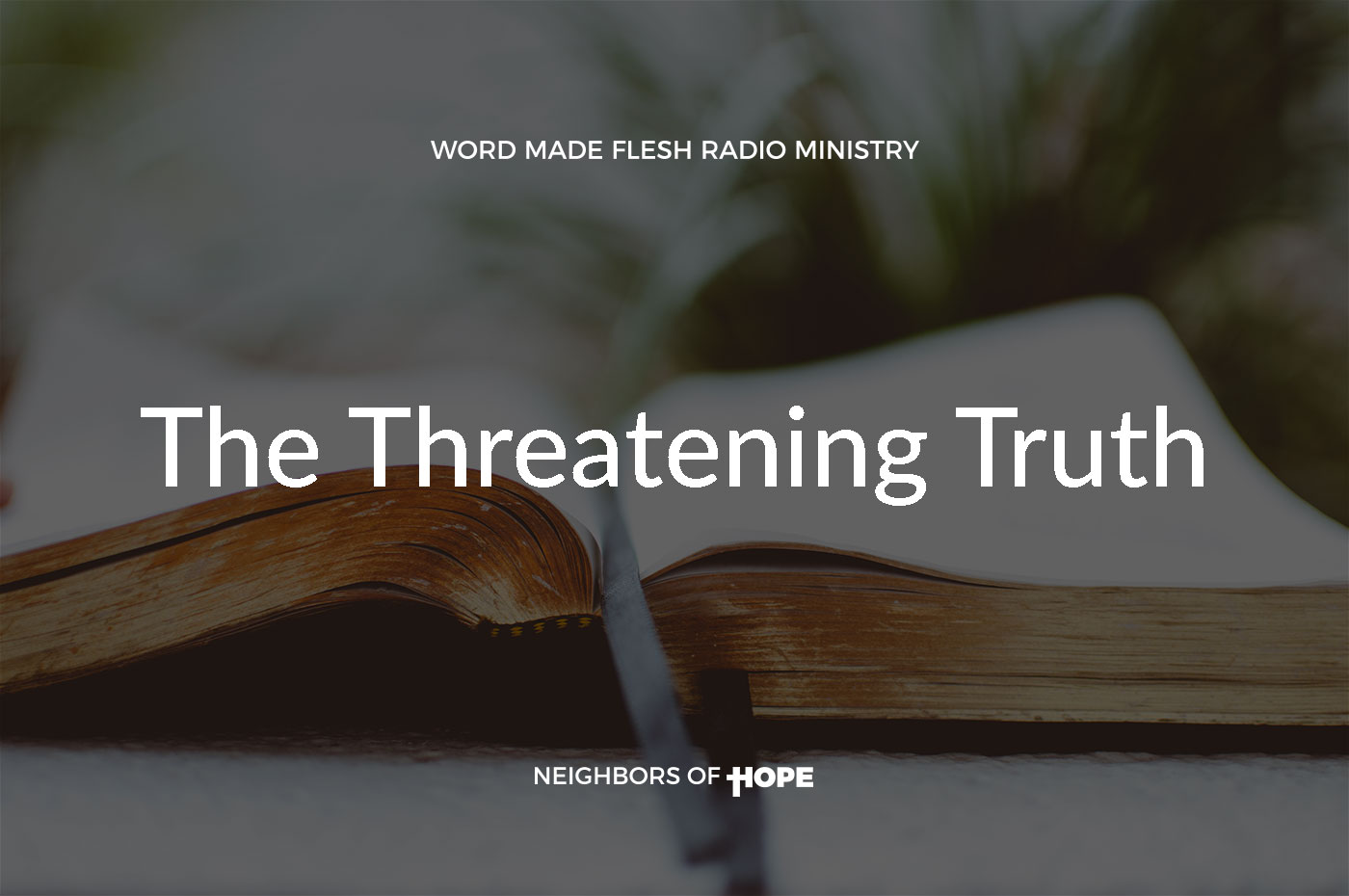 26 Then they sailed to the country of the Gerasenes, which is opposite Galilee. 27 When Jesus had stepped out on land, there met him a man from the city who had demons. For a long time he had worn no clothes, and he had not lived in a house but among the tombs. 28 When he saw Jesus, he cried out and fell down before him and said with a loud voice, “What have you to do with me, Jesus, Son of the Most High God? I beg you, do not torment me.” 29 For he had commanded the unclean spirit to come out of the man. (For many a time it had seized him. He was kept under guard and bound with chains and shackles, but he would break the bonds and be driven by the demon into the desert.) 30 Jesus then asked him, “What is your name?” And he said, “Legion,” for many demons had entered him. 31 And they begged him not to command them to depart into the abyss.

“Here’s the challenge. We often feel threatened by truth, and we don’t like it…We have spent a lot of time and energy creating an identity and a lot of time and energy trying to sustain that identity. Truth confronts us and forces us to change that identity and we don’t want to. We would rather stay in our addiction than accept the truth that we are addicts so we can live lives in sobriety. We would much rather embrace our identity as sinners instead of admitting the truth that we are and by grace we can live a changed life.”