Thanksgiving becomes a day to celebrate instead of one more day alone and hungry.

Hunger drives many here.  Men come who have lost their jobs.  Some have given up looking for work and are penniless.  Mothers come to our Fishes & Loaves Food Pantry because they cannot put food on the table.  With no family or friends to turn to, they can’t see life getting better.

But even when all else has failed, turning to Jesus makes things right.

That’s the way it has been since we first opened our doors nearly 12 years ago.  People come in despair.  I am glad to tell you many now live joyful and productive lives.

All meals, shelter, and care are freely given.  Everyone staying here has chores and helps out, but we still need support from friends like you to keep us going.

Please join us again by providing a Thanksgiving meal.  An­y remaining funds provide additional meals and shelter, as well as job-readiness training, education, and spiritual nourishment.  Thank you.  We appreciate you.  May God bless you.

Your gift of $1.79 provides a good Thanksgiving meal for someone with little to keep them going. You will make Thanksgiving a day to celebrate instead of one more day of hunger. Thank you! You are a blessing. Together we will see many lives changed.

Your gift will put food on someone’s plate this Thanksgiving.

Mail Checks Made Payable to:

*Donations above and beyond those required for this particular need will be used to help the hungry, homeless and addicted in Lenawee County.

Thank you!  Your gift cares for the hungry and homeless in our community … people like Zak. 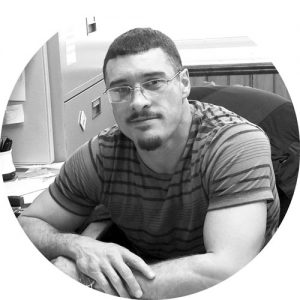 In December of 2015, Zak was released from a “prison alternative” boot camp.  Although he had plans for after his release, they fell through.  “My way never worked for 33 years thus far”, he says.

Since he was 19, Zak struggled with a heroin addiction.  He always knew it was wrong, but just couldn’t leave it behind.  His addiction led to broken relationships, a failed marriage, being an absent father and ultimately, to incarceration.

When all else failed, he turned to Neighbors of Hope and entered the Men’s Ministry.  His life has been transformed.

“The pain runs deep, but it doesn’t dictate my actions or move me today.  My mind and ankles are no longer in shackles.  The scars are evidence I made it through the beautiful struggle.”

Instead of being held down by the grip of addiction, Zak now lives a free life in Christ.  “I’ve been liberated by His grace.  I am a kid of the risen King.  I have my true identity now.  No blank spot or void to fill anymore.  Complete and whole in His love.”

Zak truly is a different person today than when he first walked through the doors of Neighbors of Hope.  He now helps out here as the director of the food pantry, Fishes & Loaves.  He helps others in need, like he himself was once helped.

No longer stuck in hopelessness, Zak has a purpose and a mission.  “As a graduate of the program, I will love God, love people, wear selflessness and humility daily while being clothed in compassion.”

Thank you for giving Zak a hand up when he needed it most.  Your support provides a path for men to turn their lives around.