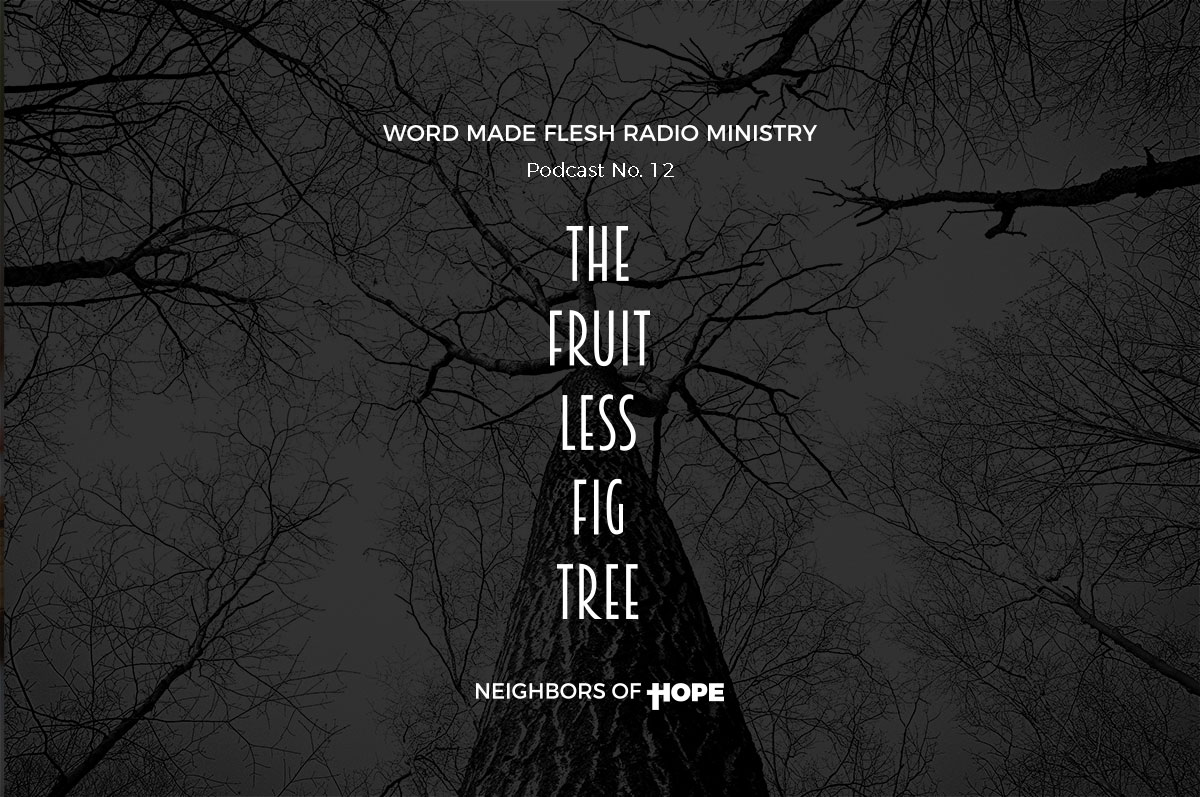 12 On the next day, when they had left Bethany, He became hungry. 13 Seeing at a distance a fig tree in leaf, He went to see if perhaps He would find anything on it; and when He came to it, He found nothing but leaves, for it was not the season for figs. 14 He said to it, “May no one ever eat fruit from you again!” And His disciples were listening.

15 Then they came to Jerusalem. And He entered the temple and began to drive out those who were buying and selling in the temple, and overturned the tables of the money changers and the seats of those who were selling doves; 16 and He would not permit anyone to carry merchandise through the temple. 17 And He began to teach and say to them, “Is it not written, ‘MY HOUSE SHALL BE CALLED A HOUSE OF PRAYER FOR ALL THE NATIONS’? But you have made it a ROBBERS’ DEN.” 18 The chief priests and the scribes heard this, and began seeking how to destroy Him; for they were afraid of Him, for the whole crowd was astonished at His teaching.

19When evening came, they would go out of the city.

20As they were passing by in the morning, they saw the fig tree withered from the roots up. 21Being reminded, Peter said to Him, “Rabbi, look, the fig tree which You cursed has withered.” 22And Jesus answered saying to them, “Have faith in God. 23“Truly I say to you, whoever says to this mountain, ‘Be taken up and cast into the sea,’ and does not doubt in his heart, but believes that what he says is going to happen, it will be granted him. 24“Therefore I say to you, all things for which you pray and ask, believe that you have received them, and they will be granted you. 25“Whenever you stand praying, forgive, if you have anything against anyone, so that your Father who is in heaven will also forgive you your transgressions. 26 [“But if you do not forgive, neither will your Father who is in heaven forgive your transgressions.”]

27They came again to Jerusalem. And as He was walking in the temple, the chief priests and the scribes and the elders came to Him, 28and began saying to Him, “By what authority are You doing these things, or who gave You this authority to do these things?” 29And Jesus said to them, “I will ask you one question, and you answer Me, and then I will tell you by what authority I do these things. 30“Was the baptism of John from heaven, or from men? Answer Me.” 31They began reasoning among themselves, saying, “If we say, ‘From heaven,’ He will say, ‘Then why did you not believe him?’ 32“But shall we say, ‘From men’?”—they were afraid of the people, for everyone considered
John to have been a real prophet. 33Answering Jesus, they said, “We do not know.” And Jesus said to them, “Nor will I tell you by what authority I do these things.”

Fruit or No Fruit?

If Jesus were to meet us today, would he be cursing up because we are fig trees not bearing fruit? Or do we need to get busy bearing fruit? – Pastor Steven Palmer